What is the use of watching movies in English? 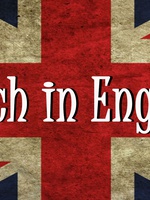 I am structuring my answer taking these pointers for granted, however, if any or all of them are false assumptions, please let me know and I will edit it accordingly. Under each of these headings I will attempt to explain what I learnt from watching movies than just improving speaking skills. Hoping it helps!

Enter an Englishman who was the training director of the organization, in the company that had me doing this infernal circus. Over a few beers and few weekends of socializing later I mustered up all my courage and gambled a question, ‘Why should we decrease our rate of speech, work on losing our MTI (Mother Tongue Influence), roll our ‘R’s and open our mouth wider while you, Sir, get away with none of these but sound cute (to my lady colleagues and customers alike) even when you cap ‘p’, ‘k’ and ‘t’ sounds?

To which my mentor, being a gentleman that he is, chuckled to himself (that bloody chuckle was also Cockneyish indeed) and said, ‘You should start watching movies. Reading novels and being a Wren & Martin connoisseur is only one half of the story. Why don’t you join me for movies every weekend?’ Thusly, was set in motion my cross cultural education, opening up a plethora of options helping me learn in understanding and be slowly understood to, a world that was getting flatter by their days and smarter by our nights.

I know that it is no way related to your question but my intent is to make you consider fortunate enough that you are one rung above where the likes of moi, yours truly have started from. Today it is much easier to meander between entertainment (movies) and vocational learning paving a road (like Quora, for example) to turn from a frog in the well to a frog in the ocean and have a contingence of being fished to be kissed by a princess of knowledge transfer and still have fun all the way.

So, allow me to indulge you in varied snippets of learning I had chanced upon from a bout of having to learn fake accents to consciously improve my speaking skills by being able to understand and in turn, understood, when spoken to. Today in the field of BPO/ITES the concept of neutrality (neutral English) has prevailed and hence proved, so did my gamble. A country boy from a tier II city couldn't have asked for more!

You want to improve your speaking skills

As our context is English movies I would like to take a movie of an actor that had him improve his speaking skills (in a cultural context) who had to unlearn how he spoke naturally and learn how the director wanted the role playing character to speak. The actor is Leonardo Dicaprio and the movie is Blood Diamond.

Blood Diamond was released in 2006 and was the first movie I took to watching along with my mentor (the Englishman). Dicaprio, a laid back Caucasian from California with German roots had to play a Rhodesian gunrunner. By this point of time our man the Titanic ‘Jack’, had already starred in Departed and was flying high as far as credo and capability were concerned alongside being awarded ‘Best Actor’ for his malleable prowess of slipping into a smooth talking Bostonian Brahmin trying to get his family affairs fixed. Talk about cultural context!

Can you imagine the watchful flux this guy was put into, for details minutiae like having to change from a dapper monochromatic blue blooded American in Departed to a street smart ruffian plying his trade amid guns and guerrillas in Blood Diamond? His accents were different but he was coherent. The point I am trying to make here is as long as you are coherent, it doesn't matter even if your accent is slightly different. Now coming from where I do, our heavy Indian accent is one of the multitudinous inhibitors subconsciously contributing towards that inferiority complex all of us do face every time we wanted to partake in an English conversation.

You want to know how movies helped fellow Quorans improve theirs.

Over the course of next year I became obsessed with movies. They were my learning posts in understanding different cultures and I began to appreciate the cultural differences between countries like India and America, both among and between each other.

Before going into that contrast, in detail, this measure allowed me and in fact, with a touch of confidence if I may, I needn't fake an accent to speak better. Instead improve my forbearing about learning the cloudy wild ways of the west (what a cliché, huh!) on par with the colourful facets of oriental coherence in the Far East (our vernaculars).

So I just did that, I spoke to everybody I could. In 2008, I moved to National Customer Service tracking paper slips around the world. I saw more movies from all genres and languages (with subtitles) and used them as fillers when talking to a Southerner (Gone with the wind), a hardcore Chinese (Memoirs of a Geisha), a European (Defiance), an Australian (Australia) and a Frenchman (Les Miserable, starring Liam Neeson) etc. In order to speak to these people, movies helped me. Did I improve my speaking skills, yes siree, Bob! Will watching movies improve yours, try it out.

Later on, I moved across departments donning all hats of customer service across seven floors, three buildings and every shiftwork imaginable. Did movies help me get there? No, that Englishman did! But through movies is how I was able fixate how different people speak and made me aware of how it did not matter whether I had an accent but it mattered (especially in my industry) whether I was able to convey what I wanted to, easily, rather than adhering to a script.

Anow, here is what I do when a new movie is slated to release. I will consume, yes, consume everything that gets written/spoken/interviewed about a character that an actor plays.

Think about what Christoph Waltz had to go through in order to speak like he did in Django Unchained (as a bounty hunter) and Inglourious Basterds (as the Jew Hunter). Here is a man, Austrian by birth, married to a New Yorker, with 30 years of experience in theatre cocooning his natural flow of dialogue delivery to wing in a crisp and concise diction in one film and a sing song eccentric Jew hunting German military intonation in the other. Note that these two films were just two years apart!

I could have simply said ‘Yes’ and gone by to Quoring like any other day but, in your question the word ‘really’ did the trick. Having said that I hope you acknowledge that wanting to speak better happens over time and how you get there is a personal choice of consistent, conscious and a continued un-cocooning. Happy butterflying!