How Many Vocabulary Words You Need to Know to be Fluent in English? 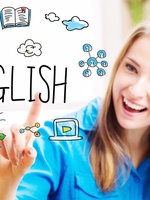 Let’s look at some facts first.

However, having a vocabulary of just over 3,000 words is enough to provide coverage for about 95% of common texts (news, daily conversations, blogs, and other types of media). If you’re REALLY focused on having a conversation, you can probably do this using 1,000 words.

Now, you’re probably wondering which words you need to know. This depends on one English learner to another, and often this depends on what you want to do, and who you are. For General English, you’ll need to learn high-frequency vocabulary words (words that are used a lot) There are lists that can be found online.

IS ANY OF THIS NECESSARY?

No. Counting how many words you know really isn’t the best way to learn English, and who has the time to count these words? The point of learning English is to be able to communicate with each other. Knowing 1,000,000 words in English is great, but if you can’t make a single sentence or even have a basic conversation with someone, then what was the point of learning all of these words in the first place? When you think about it, it makes no sense!

While this question is very interesting, there’s no way to provide a single, sensible answer, and that’s because it’s simply impossible to count the number of words that exist in a language. The English language is changing every day, so a word you know now may become obsolete tomorrow.

What recommended is to learn phrases and expressions. As mentioned before, the goal of English should be to communicate, listen, and learn how to respond. This is the way most English-language teachers like to teach, and it’s also the most effective way to learn a language.

Watch the video below!